What Great Coaches Teach Us About Leadership

Are you going the extra mile for those you lead?

Brad Lomenick, author of H3 Leadership and former president and executive director of Catalyst, shares a lesson he learned firsthand from coach John Wooden about going the extra mile for others.

In the video, Brad discusses a time Wooden came to speak at a past Catalyst conference. Wooden was 94 years old at the time, and they asked him to sign 150 basketballs—something he wasn’t planned or expected to do—and he graciously accepted.

Watch the video to hear more on this lesson in servant leadership.

So another story we had, John Wooden and Pat Summitt both came into Atlanta and were here to speak and never before had those two actually signed basketballs together. They were the, at the time, they were the winningest two coaches in the history of basketball, in men's and women's basketball.
We decide to put a little event together the night before the event. We had 150 guests from the Atlanta area, business leaders. We got 150 basketballs and John Wooden at the time, this was 2003 or 2004. John Wooden at the time was 94 years old.
We thought, "Gosh, is he going to want to sign 150 basketballs?" This was actually his last trip to the East Coast or anywhere on the East Coast to do a speaking event. We got all the basketballs in the room and Pat Summitt signed all of them and Pat was great and here comes John Wooden.
He's at that point walking slowly, he's incredibly sharp but his body is pretty frail and he sat down and we said, "Coach Wooden, we're so happy you're here. We would love if you would sign few basketballs for us." He said, "Well how many?" We said, "Well, we have 150." And he laughed he looked at us and he said, "Let's do it."
So for the next hour, and it took him an hour, he signed 150 basketballs. Not only did he sign them he was actually wanting to put people's names on them. His handwriting was so slow and it was just so difficult in many ways to watch him sign these basketballs.
But here was another lesson for me which was, you're 94 years old, you're the greatest coach perhaps that has ever lived and you still realize that your place in the story is, "I'm willing to sign 150 basketballs. I'm willing to show up and do more than what I was asked to do. I'm willing to show up and give it my all even though I could just walk in and be the man who is being honored."
It was such a powerful lesson of, "I'm willing to sign the basketballs. I'm willing to go the extra step to make this a great experience for someone else who I'll probably never meet." 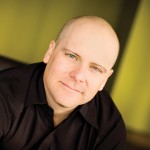 Brad Lomenick is a strategic advisor, coach, and leadership consultant specializing in influence, innovation, generational issues, creativity and business strategy. He is a sought-after speaker at conferences, churches and colleges as...