What Does It Mean to Have Influence?

Influence should not be taken lightly.

In this backstage interview from Leadercast Live 2019, Gayle King, co-host of CBS This Morning and editor-at-large for O, The Oprah Magazine, discusses what it’s like being a leader with influence.

Gayle had the honor of being named one of TIME magazine’s Most Influential People of 2019. “It was very humbling,” she says. “For me to be on the list, and people coming up to me saying that I was influential to them was very exciting to me. I don't take it lightly.”

Watch the video for more from Gayle.

The day after, the very next day after I'm on the cover of TIME freaking magazine, I couldn't even believe it myself, actually, when they called me and said, "Gayle, you know, you're selected." I was like, "Wow." So the very next day after the TIME 100 dinner, when I'm honored, and your cover is up there, and you're looking at that, you go, "God, that's a pretty picture. I want to meet her." The very next day, we're shooting a story in California, I'm in a restaurant, the door is opened to the restaurant, it was very cold, and I said to the waiter, "You know, it's really cold, do you think you could close the door?" And he said, "Would you like a blanket?"
My team said, "You should pull out the cover of TIME magazine and tell him, 'I have some influence.'" It was a great honor, but it was also a reality check by the very next day that I'm sitting in a restaurant, shivering by the door literally with a blanket on my shoulders, because the waiter said, "No, you know, people like it open." I go, "Do they?" But what did it mean to me? It was very humbling. So for me to be on the list, and people coming up to me saying that I was influential to them was very exciting to me. I don't take it lightly.
It means that people respect you, people admire you, and you're on the list, too, for good and bad. Being on the TIME 100 influential list is not a popularity contest, you're on the list for good and bad, and it really is looking at your work that year. So I'm very mindful of that. You know, this is your time that I'm on the list. But it's not something, as the editor-in-chief told me, it's not a lifetime achievement award. I just appreciate what it is, and what it means to me. 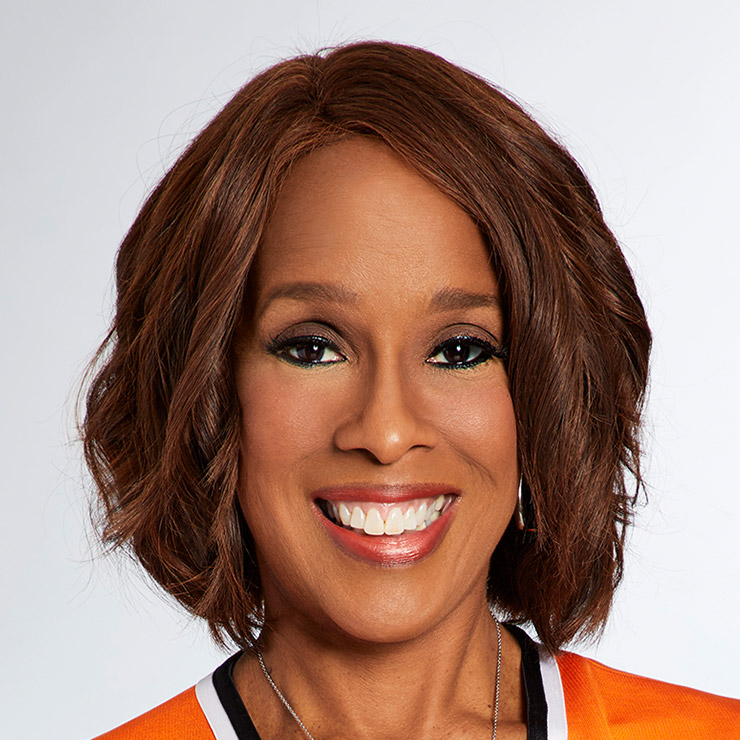 Gayle is a media titan, carving her way through the cutthroat media industry for more than 40 years. She is co-host of "CBS This Morning" and editor-at-large for the award-winning O, the Oprah Magazine. Gayle previously hosted "The Ga...