Are you creating an atmosphere of invulnerability?

Brian Wells, entrepreneur, philanthropist and co-founder of Flashlight Entertainment, has worked with a lot of different leaders in a variety of environments. He says that the leaders he admires most have a willingness to make themselves vulnerable to other people’s strengths.

Through true stories of leadership, Brian explains how to create an environment where people feel empowered to succeed by recognizing that sometimes they will fail.

Watch this video to learn how putting up a facade of strength can make you a weaker leader.

I think one of the other strongest traits that I have seen in leaders, people that have most made a difference in my life and in large organizations is they have obviously this strong drive and they're strong personalities, but they combine that with a willingness to make themselves vulnerable to other people's strengths. I think that one of the things that success breeds is we're able to increasingly create atmospheres around us of invulnerability as opposed to vulnerability. We increasingly think that it's kind of all about us, and we hold things tighter and tighter based on success that we've had.

One of the most impactful leaders on me was when I was working at a large corporation and we got a new executive vice president in the category one year and he was from Europe. I was a brand manager at the time, and he was with us about three or four months. He got all of the brand managers together, and he announced that he was going to be going on vacation for the summer and he was going to be gone for three weeks. He made very clear, he said, "While I'm gone, obviously I can be interrupted if there's an absolute crisis. But other than that, I want no communication, and when I get back, I will read no more than one inch thick of mail, total. So all I want from each one of you, for each one of your brands is I want a summary of anything that happened while I was gone and any decisions that you made. I will support any decision that you made. You're totally empowered to do that. I just want a summary when I get back.”

That for me was somebody . . . I cannot tell you the way the brand managers walked out of that room. Their postures were just a little bit higher because somebody was actually believing in them. Somebody was making themself vulnerable to them because they believed in their strengths.

I think one of the reasons why that worked in that environment, first of all is that he had been very clear with us, one, what his expectations were. We knew what success was. Nobody was wondering what success in that organization was. He had been very clear with each one of us what success was. Two, he was really clear with us of how he wanted to be communicated to or not. Three, he had made an environment where it was okay to have failure as long as you could describe why you made the decision that you did, and if it was a failure, then you could describe what you learned from it. He created an environment where he wasn't expecting to come back and have everybody had made every decision completely perfectly. It was okay not to.

I just had to kind of compare that to a boss that I had had about a year before that in the same role, where he had to leave on a three day weekend, and we had a crisis at one of the plants that manufactured our product. He was leaving on a three day weekend, and he met with me about this problem. He said, "Well, okay Brian, I guess I have to trust you on this. I have no other choice." I was like, "Whoa, yeah boy, I want to kind of take the hill for that. You know, wow, boy I feel totally empowered." It was such a difference to work in that environment versus one where somebody said, "You know what? Go out. You've got what it takes and just kind of keep me up to speed.” 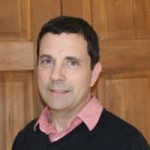 Brian Wells’ entrepreneurial ventures kicked off at the age of nine when his mom caught him selling his deceased grandfather’s belongings to the neighbor kids out of the family garage. It was Brian’s first lesson in how even the most ...