The Best Way to Approach Accountability

Are you using accountability to amplify someone’s abilities or diminish them?

“Most of the time people don't want to be corrected,” says Ellen Adair. “What they want to do is to learn… When you frame holding someone accountable within the context of their growth, it becomes an experience that amplifies their abilities.”

Watch the video to learn the risks of not holding someone accountable, and the three lessons Ellen Adair learned about accountability early on in her career.

I think holding people accountable is a matter of both tough love and warm, genuine encouragement. Most of the time people don't want to be corrected. What they want to do is to learn. And so when you frame holding someone accountable within the context of their growth, it becomes an experience that amplifies their abilities. It's not meant to diminish them. And for me, that's the most joyful part of leadership. It's seeing someone under my tutelage grow, expand, learn new things and demonstrate that they are capable well beyond what they thought was possible.

The risk of not holding someone accountable is both risk to you, but it's also a risk to them. Number one, you may not achieve the goals that you're responsible for if you don't hold those accountable around you to fulfill their end of the bargain. But the big risk to somebody that you are working with is that they miss the lesson. You want to be sure and not miss the lesson. So be open to being held accountable.

I was held accountable myself very early in my career. I thought I could do no wrong and I took great pride and much pleasure in my ability to write and express myself. I was put in a position of huge responsibility on my very first big annual report, which was for a financial institution that was near and dear in the state of Georgia. And my one big role was to make sure that everybody who adored the bank that was a part of it was included in the annual report. You can only imagine my chagrin when once it was printed, after we had spent days and nights looking at the blue line only to find out that the smallest office in the state of Georgia had been omitted from the list. And not omitted because it had gotten dropped, but omitted because we failed to include it in the beginning.

I learned a huge lesson. Number one, don't assume that anybody above you is going to catch the mistake. Number two, review, review, and did I say review? And number three, don't be afraid to circulate and socialize your work to people that may not have a clue of what you're doing but will bring a fresh eye to looking at whatever it is. 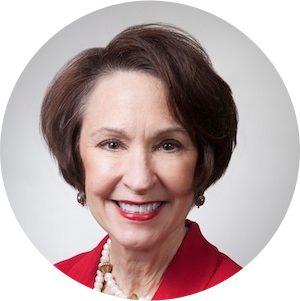 Ellen Adair Wyche is a seasoned professional with a history of success working with business owners and corporate leaders to develop strategies and programs that deliver bottom line results in highly competitive markets. Her expertis...