Metrics Are Key to a Winning Culture

How do you know how well you're performing?

Patrick Lencioni, founder and president of The Table Group, believes that people need to be able to measure for themselves why they're doing what they're doing. If you can't measure or gauge for yourself your contribution you feel out of control. Everyone who works wants to know how they do.

Watch the video to learn more about how metrics help your organization succeed.

The next sign of a miserable job is immeasurement. People need to be known and they need to know why their job is relevant, but they also need to be able to measure for themselves why they are doing what they are doing. People need to have their own sense of measure, like are you doing a good job today. And if you have a job where you go, I don't even know, if you can't measure or gauge for yourself your contribution, it makes you feel pretty bad. You feel out of control.

We all have a need to measure, but not just measure anything. Too many jobs measure things that aren't important. We need to measure what it is we do that's relevant.

That dealer in Las Vegas, I was curious about whether or not he had any sense of how he was doing and what I noticed was at a craps table you get tips, everybody gets tips, but you know he's kind of joking with people and somebody would slide him a chip or a $20 bill or whatever, more than that it was crazy, and he would stick it in a little hole there. And I said to him I thought, well maybe that's how he does it because waitresses like to know. When I was a busboy, they look at their tips at the end of the night and say yeah, I did a good job.

And when they rush over to that table and look down at that bill, it's not because, "Gee, I need to get a new belt. How much did I get?" They want to know did I do a good job and did they reward me for it.

So I asked this dealer, I said, so you get tips? Then I thought, so at the end of the night do you know how many tips you made? "No it's pooled." I said, "Oh, is it pooled like here in the pit crew, so you all know?" "No it's pooled throughout the whole casino. In fact, there's rooms I've never been in where they get tips and it gets pooled there too." So this guy had no measure of whether or not he was doing a good job or entertaining his clients or whatever we call them, and as a result he was totally disconnected between how he was doing.

Every job needs to be able to say this is what I do, and this is how well I'm doing it and we have to get feedback about that. That fast food worker in Oklahoma City, one of the characters in my book because all of my books are fiction is a drive thru worker at a fast food restaurant. So in the book his manager says I want you to measure what you do. He said, "What do you think you should measure?" And the guy says, "I don't know how many people come through the drive through." And he's like, "No, you don't control that." "How about how fast I get the orders out?" "No, the kitchen is really more responsible for that. You can measure the accuracy of your orders, but you know what I would like to do? I'd like you to measure the impact you have on people that come through the drive thru. Why don't you just measure how many times you make people smile, or laugh."

Now in the book like many people would in real life, I think this guy looked at him like he asked him to crawl through the drive through window and give them a back rub. But the truth is give them something. The book said and you talk to people who have these kinds of jobs. He said, "Well, who's going to measure it?" He goes, "Well, you will. Just get a napkin and write it down, how many times you made people smile or laugh. "Well, how do you know I'm not going to cheat?"

"Why would you cheat?" I'm not sending this to human resources to calculate your bonus, and so if we want to fire you we can look at your napkin count of smiles." And sometimes that's the problem with measurement. We think we are proving for a court of law. We're giving someone a sense for understanding for themselves that they're succeeding. 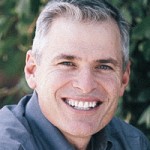 Patrick Lencioni is founder and president of The Table Group, a firm dedicated to providing organizations with ideas, products and services that improve teamwork, clarity and employee engagement.