Are you aware of your implicit biases?

In this backstage interview from Leadercast Women 2019, Deshauna Barber, captain for the U.S. Army Reserve and Miss USA 2016, explains why leaders must be very attuned to their implicit biases.

“When it comes to diversity and inclusion, we must first identify implicit bias,” she says. “Once we place everyone on the same pedestal, at the same level, that's when [we] can push [ourselves] forward.”

Watch the video to hear Deshauna’s experiences and advice regarding implicit bias.

So when I would submit my resume and it says “Deshauna Barber,” I was not getting any callbacks. And then I changed it from “Deshauna” to “Shaun,” and then suddenly I'm getting calls, probably my phone's being, five to six emails a week at least for these jobs that I've applied to with the same exact resume, but a whole different name.
When it comes to diversity and inclusion, we must first identify implicit bias, and then we must also make sure that we understand 110 percent completely that America has never just been one race, and it's never just been one gender, it's never just been one religion, it's never just been without people with disabilities. There's so many things that aren't identified. And I think that once we place everyone on the pedestal, the same pedestal at the same level, that's when America can push itself forward without having to worry about racism, discrimination and xenophobia.
I think that, what it will look like, is that success doesn't look a certain way, and I believe that when success doesn't look a certain way, people will have the ability to understand that they're capable of anything. There's nothing worse than everyone looking the same, and you don't look like what they look like, so you automatically, within your mind, start to think, “Well how am I supposed to achieve this?”
I believe that even when I was on my pathway to being Miss USA, I never saw a woman in uniform achieve this, so I'm thinking how am I going to be the first military soldier to win Miss USA, how is that going to happen, and quite frankly, how am I going to be the first on the opposite side? I haven't seen any soldiers walking around here that are pageant queens, no at this level. So I think that it gives everyone the opportunity to know that they are capable. 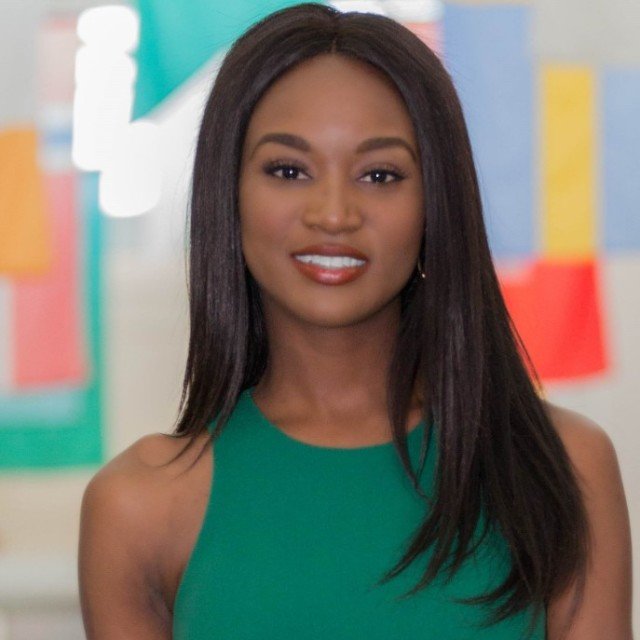 Captain Deshauna Barber is a logistics commander in the U.S. Army Reserve. In 2016, Deshauna became the first Miss USA to currently serve in the U.S. military. She spent her yearlong reign partnering with the USO, Smile Train, Best Bu...