How to Facilitate Healthy Conversations

Do you seek to understand?

Watch the video to learn more from Craig on how to navigate difficult conversations.

I think it's important to set ground rules. To say what this conversation will be, what this conversation won't be. This is not a time to advise one another, this isn't a time to recommend books that are going to fix each other, this isn't a time to argue your opinion. The goal here is that we each hear from one another, where they're coming from. So all they're doing is seeking to understand.
The moment we try to correct someone else, or get them to change their opinion so that it further reflects where I'm coming from, we begin to break down and create those wall so of polarity. But if we want to engage in true dialogue, we have to hear one another. Author Christian Morganstern said, "Home is not a building, home is where we're understood."
We actually have to create the safety of home, even in our workplace context, where the goal is to understand someone else. Their experience, their feelings, their thoughts. And because they think it, feel it and see it, it's real, and it's true. The hosts and helpers, we train them, "Your job is to be quiet." You're not here to be the master teacher.
We'll get a volleyball up and create a little bit of a role-playing group, and we'll say, "One way of hosting a group is," and the host tosses a volleyball to one person, and it comes back to the host. And the host tosses to another person and it comes back to the host. And you can imagine a team meeting where everything's being volleyed back to the facilitator.
And that shuts down conversation. People don't feel the freedom to interact with each other. Doesn't matter if we think it, feel it and see it so we have to argue about that. And so I think it's really important to create those safe containers, where all we're doing is listening. And our greatest response is essentially three words, "Tell me more."
Where are you coming from, we're listening and we're validating. "Oh, that makes sense that you would think that way or feel that way based on where you come from." That is going to improve the dialogue and the energy and the tone when we begin talking about ethnic division or ideological division, we'll build bridges towards one another. 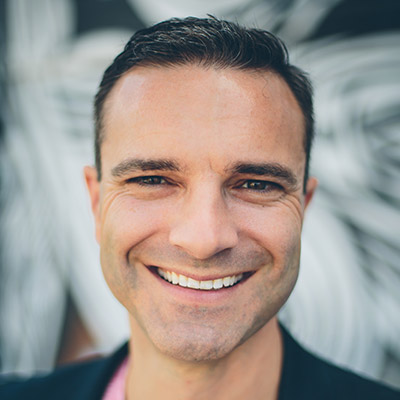 Alpha USA runs on the simple idea of providing a great meal, a short talk and a meaningful discussion about life and faith over the course of 10 weeks. As executive director, Craig oversees operations in more than 6,000 churches and 4...