Do you have a plan in place to develop young leaders?

Cameron Sparks, senior director of training and leader development at Booster Enterprises, manages a team of 300 young adults who organize and deliver Boosterthon, a fitness fundraiser implemented in schools across the country.

As Cameron explains in this video, working with a team of young people is rewarding, but can also be challenging—especially if you are the first boss they’ve ever had! Cameron’s goal as a leader is to build trusting relationships, set clear expectations, and provide ongoing coaching and training in a way that is most relevant to “Millennials.”

Watch this video to learn the benefits and challenges of leading young leaders.

When it comes to leadership, especially in a service-based organization with a lot of young team members, you're going to get a lot of great talented people, and we really hire for that. But with a lot of turnover, you're going to get some team members that just aren't great, and they're not living out the values of the organization. Regardless of the training they receive, they can be sometimes tough to work with, and they sometimes feel entitled. Sometimes think they know the best way to do it the first day on the job when really there's been 12 years for us in our organization that we've learned a lot.

This is usually their first job. A lot of them haven't worked jobs in high school or college. Everything was handed to them by their parents, so to be able to teach them hard work and showing up on time, and initiative, and really just serving in a lot of ways. They want to come in and run the company and be promoted to manager in six months, and that's just not the reality.

We say that we love horses that love to run. We love team members that show initiative. We'd rather pull on the reins than give the prod to our young team members, but at the same time pulling on the reins can be challenging and tough sometimes.

It involves a lot of feedback, a lot of sitting down with them one-on-one, formally or informally. We just have a lot of feedback within our organization, and that's huge to the development of not only our managers giving the feedback, but to our new team members that, whether it's job-related stuff or soft skills, they're getting constant feedback of their performance. That's huge. That constant conversation of development is huge in our organization.

But sometimes we have to use the prod a little bit more than pulling on the reins, and so for us it's a matter of giving them clarity of what they're doing, because usually it's a self-confidence thing. If they're not taking initiative, it's because they don't really know what they're doing, or what to do. So if we can give them that, and I've seen some team members that once they have clarity of what to do and how to do it, they're more inclined. Then given the freedom to do it on their own the next time, that's when they usually tend to excel. They just want to do it right, and that's what it comes down to. 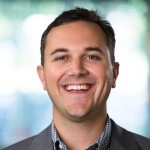