Create a Culture of Invitation

Are you investing in relationships over production?

Kate Howard, national sales leader for Bush Brothers & Company, explains the importance of invitation and inclusion to a company’s culture. “That's the type of leader I want to be," says Kate, "someone who stops and can gain a little perspective, to invest in my people versus, ‘What was the number that you reported last Friday?’"

The impact that this type of leader has on an organization is remarkable, and in Kate’s personal experience, drastically changes a team member’s perspective of the leader as an individual and the company as a whole.

Watch the video to hear Kate explain why creating a culture of invitation and investment in relationship over production makes a marked difference in employee engagement.

I used to work for a company who just had a culture that was in disarray. There wasn't a whole lot of concentration, and there wasn't a lot of investment in people. And then I came to my current company, and it's just a very highly engaged, highly involved, results-oriented of course, there's still something to do, but very inclusive, very involved culture.

Coming in, it was probably three months into the job, and I came into the home office, and I was walking up the stairs with my boss, and it was an hour before lunch. And the CEO stopped and started talking to us. And I'm remote. I'm a remote employee, so I thought it was the token 10 minute, just talk to me. And he stopped, and he was wondering how business was going, and wondering how I was doing, and he asked me to lunch. He asked both of us to lunch.

He's the CEO, he's got a lot of important things to do, and I'm thinking back to the last week where I'm racing around, so busy and so stressed, and so unavailable, to either my team or those I work with. And it just made a huge impact on me because he had the time to invest in me. He probably didn't have the time. I mean, he was probably preparing for a board meeting that afternoon, or doing something very important, but I wouldn't have ever known that.

And that's the type of investment that I value, and that's the type of leader I want to be. I want to be someone who stop and can gain a little perspective, to invest in my people versus, "What was the number that you reported last Friday," that type of thing. So again, it's about that relationship and that connection. It's about them inviting you into relationship and caring about you. Caring about what happens to you and your family, and what's going on outside of the bottom line. 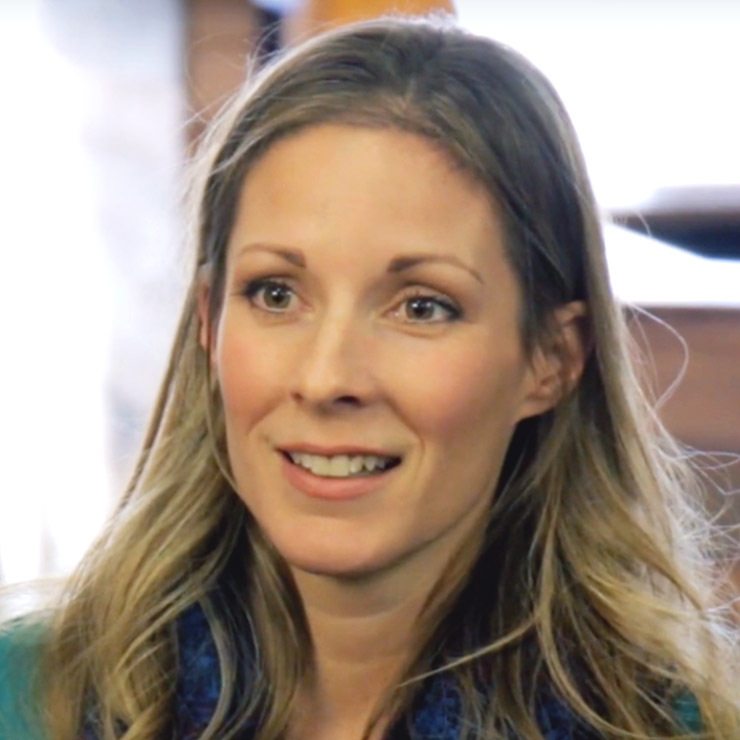 Kate is a National Sales Manager with Bush Brothers & Company, based in Bentonville, Arkansas. Kate is from Nebraska and found her way to Arkansas through moves for her job where she met her husband, Jason. She is now a leader in ...