Are you communicating the right way at the right time?

Founder and President of EchelonCommunicate, Melissa Gordon reveals that there are four dimensions in which leaders communicate with others. While leaders recognize these dimensions, most leaders may not realize the transition from one dimension to another can take time to master. Melissa offers a principle that helps leaders develop better communication in any setting.

In this video, Melissa details the importance of understanding the characteristics of each dimension of communication. Not only will understanding these attributes help a leader communicate better dependent upon the setting they are speaking within, but understanding the differences in these dimensions helps leaders use the appropriate delivery to the audience they are addressing.

As I see it, there are four dimensions to leadership communication, and we're really asking a lot of leaders because there's their personality and their style, that's the first dimension. And then there's connecting one to one and that's a certain kind of intimacy and connection that you create, one to one. And then you want to connect one to a few - that's to engage a team, energize a team, empower, motivate, that's another kind of communication. And the fourth dimension is one to many. It's about aligning, it's about inspiring, it's about influencing, and that's that situation where it's the employee meeting, it's the shareholder meeting, it's the customer meeting, and you're wanting to give big messages, and you're wanting to talk to about the vision and really make a lasting impression in a big way.

When we take it apart and we see there are four dimensions, it's really helpful because each of them has a different skill set. A lot of people will come to me wanting to make the transition from being a facilitative kind of communicator and into a keynoter or someone who can hold a room and they're really different kinds of things. In the facilitation environment, which is fantastic, we want more leaders to be more facilitative, because it's engaging, right? But in that environment you have the energy of the audience to work with, they're asking you questions, they're nodding their heads and they're giving feedback and so it's very easy to work in that environment.

If you're not used to being on the big stage and you've got to deliver content, it's challenging because you want to both be engaging, but you also have expertise to share, so to be an expert but not seem like too much of an expert and maybe be a little bit funny and be a little bit more relaxed and less formal, that setting causes people to get very formal. So I think there's a lot to it and when I work with people, we identify which area do we want to work on, and then we're working on that area very specifically.

Sometimes in a one to one conversation when a leader has been very practiced in company messages, they will easily slide right into those company messages which are more appropriate for a big room, a big platform, and the intimacy of the one to one conversation they, you know what, are sometimes not that experienced at. Because sometimes there are a lot of other people around that leader and they're not doing the one to one as much, they're doing a lot of team meetings and a lot of big room. So cultivating that genuine interest, that power and presence that's really about the other person, a lot of questions, a lot of listening, a lot of feeding back, "I heard you say this, is that what you mean?"

You cannot believe how heard people feel when you literally say exactly what they said right back to them. You mirror back and you say, "Did I get that right, is that what you said?" And then you say, "Quick question, is there more?" And unbelievably they're like, "Thanks for asking! Yes, there's more." And then you go to another place with them, and another place, and when they speak and you listen. 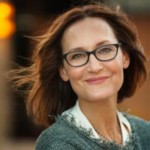