3 Steps to Disengaging Difficulty With Others

Are you listening to others and showing respect despite their opinions?

Jae Washington, customer success specialist and experienced engager, shares three steps leaders should take any time they’re dealing with someone who is being difficult.

“The first step to disengaging difficulty is to show a little bit of respect for the individual… Lead into a conversation by saying, ‘I understand we're going to have times where we disagree,’ says Jae. “What I hope to achieve in those times is that we can rely on this idea of respect—you know I'm coming here not to necessarily change your mind nor you to change mine but to share perspective.”

Watch the video to learn all three of Jae’s steps to dealing with difficult people.

In this journey of community engagement, it's important to recognize that in any given situation you have the potential of dealing with difficult people. I believe we all have moments where we are difficult. I have been a difficult person. There's always the possibility whether it be through bad day or varied perspective that you're going to deal with someone difficult.

For me, I think the first step to disengaging difficulty is to, again, to show a little bit of respect for the individual in the sense that if you lead into a conversation by saying, "I understand we're going to have times where we disagree." What I hope to achieve in those times is that we can rely in this idea of respect that you know I'm coming here not to necessarily change your mind nor you to change mine but to share perspective. And in knowing that you can take what's needed, leave what you don't and we can be fine at the end of said conversation.

I think also being willing to listen. Many people converse with the intention to respond not to understand, and I think if you can clearly establish, again, that one of the expectation is to understand the other person's perspective they again can let down some of the walls that we build up with the ideas of being slightly vulnerable, and so if we do a little bit of active listening that also helps to lessen the ideas or the effects of a difficult conversation.

Lastly, I believe assertive communication is one skill that we should master, and when you hear assertive, at least when I first heard it I thought aggressive, and that isn't true. I think in this instance it's concise, it's clear, it's those adjectives and adverbs that allows for, again, this understanding. Often when we add too much dialogue our message is diluted in the extra conversation.

And so if you're clear from the beginning and are able to provide clarity to the other person, again, the idea of dismissing or diminishing the difficulty is more probable. It takes a lot of preparation but I think when you're talking about not only difficult subjects but different personalities there should be. I mean there's a time and place for improv or that impromptu sort of conversation but when you understand that you will talk to very different people with different ideas and perspectives that there should be some forethought and preparation for said conversation. 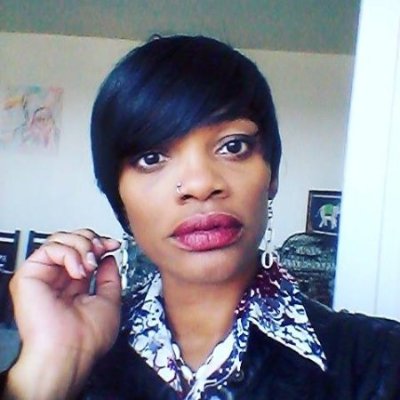 Jae Washington is a connector who understands the importance of shared stories and how they contribute to the bottom line. Adept in many disciplines, she is committed to the team as well as the task at hand. Jae seeks opportunities t...