Do you have the qualities that differentiate a great leader from a good leader?

Watch this video as Beth describes a common scenario that requires leaders to act with courage and intention.

The things that separate the good to great leaders are three things. One of them is courage, the courage to do the right thing even though it's going to be difficult. And that could be, for instance, having a poor performer on your team and understanding that that individual you've worked with is just not going to get where they need to be and they're holding the team back. The team is waiting for you to make that courageous decision so courage is if the first. I think that the second is self-awareness, understanding what your strengths are, what your deficiencies are, and being able to work on those deficiencies to a certain degree. Now, you're never going to be able to turn a deficiency into a strength unless the strength is an overused strength that's become a deficiency. And then, it's a matter of pulling back that that strength to a point where it's a strength and not a deficiency. So, for instance, independence. I personally am very highly independent. That, though, in a team environment, can be a deficiency. So what are those things that I need to do to become less independent and more dependent on the team? That's opening up to do this decision-making process and allowing people to give their input to me before I go off and make a decision without gathering that input from others. It's understanding your being self-aware and understanding your strengths and weaknesses. It's being courageous and then it's also about being accountable, the fact that you've got to drive that accountability amongst your team, but you've got to become accountable to yourself as well. So you've got to model the behavior, whether it be courage or self-awareness or accountability, model what you expect others to be doing as well. 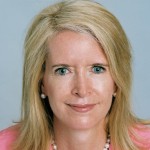 Beth Armknecht Miller’s lifelong passion for learning and dedication to helping others have been constants throughout her distinguished career. It is also these passions and principles that guide her work with Executive Velocity Inc, ...