How are you pushing toward success each day?

Alex Hailstock, an entrepreneur, fitness authority and personal development mentor, says he looks for three things from people in the workplace: consistency, perseverance and confidence. He believes these characteristics are the building blocks for success.

“No matter what you’re doing, if you’re doing well for one day, guess what? The next day doesn’t recognize that,” says Alex about needing consistency.

Watch this video and ask yourself how you can sharpen these traits in your own life.

Well, the qualities that I look for in a working world that translates to success are consistency, perseverance, and confidence within yourself.

Consistency is a bedrock in any adventure. No matter what you're doing, if you're doing it well for one day, guess what? The next day doesn't recognize that. You've got to have consistency.

And the last one is just trusting yourself, as well. If you've been practicing, you've been disciplined, and you've been consistent, have confidence in your work as well. That's a huge one for me. It's just having the confidence to know that you have the talent and the skills to produce on any level.
br> For me in sales it's, again, making those tough phone calls. Making those calls to the customer you know, well, he doesn't really want to hear from you today. You know, doing the grunt work, doing the back list things. The customer has to see value in your product, utilize your product, and then see rewards from it. And so once I build that relationship and the customer has consistently seen value and rewards from the product, their trust is already built, that's number one for me.

Anytime I feel resistance, I always imagine, "What's this customer's life after I service them? How are they going to benefit from this? What kind of value can I bring them?" And I truly believe that. And so I've got no issue calling again and again, utilizing the perseverance to deliver what I know will be valuable to them in the long run.

One customer was very, very hesitant about signing up for our insurance policy. And for weeks and weeks on end, "I don't really need that. I've never had any losses. It's not a part of my business model, we've never had to use it." I was saying, "That's fine. I'm going to keep tabs on him." And eventually, he was like, "You know what? Fine, let's just go ahead and do it.”

Two months later, he calls me back, he was like, in a frantic. And actually, he left me a voicemail. He was like, "Alex, thank you so much. Thank you for this insurance policy. You wouldn't believe what just happened." He was an antique art distributor, right? And so one his pieces of work went missing. He would have maybe made whole and his customer relationship would have been severed. And his reputation would have been tainted. So he thanked me over and over and again. And so it's just stories like that that give me the drive and inspiration to continue to push through any type of resistance I get. 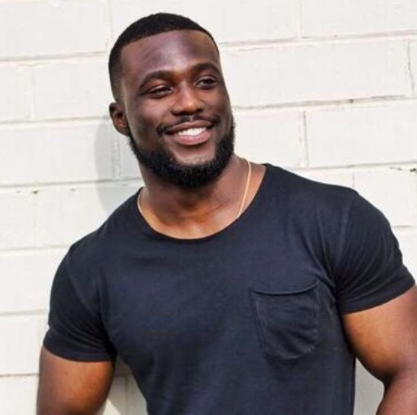 Alex Hailstock is an entrepreneur, fitness authority and personal development mentor. As a recognized fitness expert, he inspires and instructs countless people through total body transformations, and helps them actualize their full p...