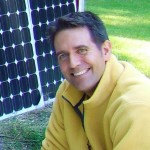 Kevin Sasson lives the dream: a wonderful and growing family, a lovely wife and fulfilling work. He also realizes his dream is tied directly to his faith and those who have helped him along the way.

Kevin cared enough to improve performance for a nonprofit that he left a successful Silicon Valley career to lead SonLight Power, a charitable organization that uses a blend of faith-based compassion and solar power to improve lives. Kevin’s efforts have impacted tens of thousands by increasing access to sustainable energy, advancing education, improving healthcare and stimulating economic opportunity. In 2011, he became the youngest member ever elected to the SonLight Power board of trustees. Later that year, he was named executive director. In less than five years under his leadership, SonLight Power quadrupled its mission impact. Kevin’s focus on developing partnerships with compatible organizations to extend the SonLight Power mission is what has driven that growth.

Organizations and individuals from all sectors have rallied behind his call. Kevin is grateful to have been acknowledged by the U.S. Department of State while earning acclaim for creating a sustainable development model that is a standard for collaboration among international outreach organizations and academia. Kevin has earned credibility as a leader and advisor of high-performing, multidisciplinary teams focused on global and business development. He has also served in ambassador roles for firms in diverse workplaces in Europe, Latin America and the U.S. - forging a global view and unique perspective to solving problems on behalf of those he represents.

A graduate of Ohio University, Kevin served as a governor-appointed student trustee and was nominated for the Rhodes Scholarship. He earned the inaugural fellowship with the National Association of Broadcasters Education Foundation (NABEF) and was selected for a fellowship with the International Radio and Television Society (IRTS) Foundation. What’s more, his intramural broomball team won a campus championship.

Recognizing the need to advance international collaboration, and in appreciation of those from his alma mater who helped shape his career, Kevin created and financed a scholarship that propelled Ohio University students to study in China, Egypt, Germany, Chile, Costa Rica, and the United Kingdom.

Kevin exceeded all expectations when he married his beautiful wife, Jenny. They met while Kevin was living in Honduras and playing semi-pro baseball after work. At that time, Jenny led worship at a church in Tegucigalpa and had been established as a Christian media leader and recording artist. Kevin and Jenny now reside near Cincinnati, Ohio, with their uber-talented daughters, Abigail and Sophia. After moving to Ohio, Jenny was named pastor of La Viña, a Vineyard Cincinnati church serving the local Hispanic community. Kevin and Jenny are grateful for the special opportunity they have to grow together and raise their family in complementary ministries.
Visit the Son Light Power Youtube page!

How to Bring Out the Best in Difficult Employees

The Value in Deviating From the Plan