Archbishop Desmond Tutu is a world-renowned human rights activist and Nobel Peace Prize recipient. Beginning with his opposition to apartheid in South Africa, he has worked tirelessly to spread peace, justice, and democracy and to end racial divisions throughout the world.

When he was born, Tutu was given the middle name “Mpilo,” Sotho for “life,” because he was a sickly baby, not expected to survive. “That,” he has said, “was my first commitment to faith.”

His faith in and commitment to the peaceful destiny of South Africa earned Archbishop Tutu the 1984 Nobel Peace Prize. He served for years as his country’s voice of conscience during its long struggle against apartheid. When that battle was finally won, Archbishop Tutu took the lead in ministering to the nation’s wounds. His findings as part of the Truth and Reconciliation Commission marked a significant step in South Africa’s healing process, as well as an international reminder of the commitment to the pursuit of freedom and justice.

As chairman of The Elders, a nonpartisan group of influential global statesmen, he has honored his pledge to speak out about ongoing injustice and help others to work for positive change in their societies. Tutu recently made worldwide headlines by joining with former President of Ireland Mary Robinson in the fight for environmental justice at the world’s first International Conference on Climate Change.

One of the world’s most revered human rights champions, Archbishop Tutu is dedicated to continue working, even after abuses have been halted, toward the reconciliation, forgiveness, and healing of affected nations, peoples, and societies in order to create a positive future.

Archbishop Tutu’s unshakable faith that humanity was created for good in God’s image is chronicled in his book Made for Goodness, co-written with daughter Mpho. Highlighting his ministry and activism experiences, the book imparts a message of realizing the goodness in ourselves and others in pursuing a fulfilled life.

In 2009, President Obama awarded Archbishop Tutu the Presidential Medal of Freedom — the highest civilian honor — for his significant contributions to the nation and the world. The Archbishop’s great friend Nelson Mandela perfectly sums up his legacy: “sometimes strident, often tender, never afraid and seldom without humor.”

Tutu was born in Klerksdorp, South Africa, on October 7, 1931. His father was a schoolteacher and his mother a domestic worker. He entered the Anglican ministry in 1958 after working for three years as a high school teacher. Tutu received his Licentiate in Theology in 1960 from St. Peter’s Theological College, Johannesburg, and was ordained to the priesthood in Johannesburg in 1961. Not long after his ordination, he obtained a Bachelor of Divinity Honors and Master of Theology degrees from King’s College, University of London, England.

Tutu served in a number of increasingly prominent positions from 1967 to 1978: lecturer at the Federal Theological Seminary at Alice, South Africa; chaplain at the University of Fort Hare; lecturer in the Department of Theology at the University of Botswana, Lesotho, and Swaziland; Associate Director of the Theological Education Fund of the World Council of Churches in Kent, United Kingdom; Dean of St. Mary’s Cathedral, Johannesburg; and Bishop of Lesotho.

By 1978, in the wake of the 1976 Soweto uprising, South Africa was in turmoil, and Tutu was persuaded to take up the post of General Secretary of the South African Council of Churches (SACC). It was in this position that he became both a national and international figure. Justice and reconciliation and an end to apartheid were the SACC’s priorities, and as General Secretary, Tutu pursued these goals with vigor and commitment. Under his guidance, the SACC became an important institution in South African spiritual and political life, challenging white society and the government while affording assistance to the victims of apartheid.

A prominent leader in the crusade for justice and racial conciliation in South Africa, Tutu became heavily embroiled in controversy as he spoke out against the injustices of the apartheid system. He was denied a passport to travel abroad for several years. In 1984 he received a Nobel Peace Prize in recognition of his extraordinary contributions to the cause, and in 1985 he was elected Bishop of Johannesburg.

Tutu was elevated to Archbishop of Cape Town in 1986, and in this capacity did much to bridge the chasm between black and white Anglicans in South Africa. As Archbishop, he became a principal mediator and conciliator in the transition to democracy in South Africa. President Nelson Mandela appointed him Chairman of the Truth and Reconciliation Commission in 1995, a body set up to probe gross human rights violations that occurred under apartheid. Shortly after his retirement from office as Archbishop of Cape Town in 1996, Tutu was granted the honorary title of Archbishop Emeritus.

Tutu has held several distinguished academic and world leadership posts. He was elected Fellow of Kings College; President of the All Africa Conference of Churches, London; Chancellor of the University of the Western Cape; William R. Cannon Professor of Theology at the Candler School of Theology, Emory University, Atlanta; Visiting Professor at the Episcopal Divinity School, Cambridge, Massachusetts; Visiting Scholar in Residence at the University of North Florida, Jacksonville; and Visiting Professor of Post- Conflict Studies at Kings College.

Tutu holds honorary degrees from over 130 universities, including Harvard, Oxford, Cambridge, Columbia, Yale, Emory, the Ruhr, Kent, Aberdeen, Sydney, Fribourg (Switzerland), Cape Town, Witwatersrand, and the University of South Africa. He has received many prizes and awards in addition to the Nobel Peace Prize, most notably the Order for Meritorious Service Award (Gold) presented by President Mandela; the Presidential Medal of Freedom, the United States’ highest civilian honor; the Archbishop of Canterbury’s Award for Outstanding Service to the Anglican Communion; the Prix d’Athene (Onassis Foundation); the Family of Man Gold Medal Award; the Mexican Order of the Aztec Medal (Insignia Grade); the Martin Luther King Jr. Non-Violent Peace Prize; the Sydney Peace Prize, and the Gandhi Peace Prize. His appearance on The Late Late Show with Craig Ferguson: An Evening with Archbishop Desmond Tutu was widely viewed and garnered the program a coveted Peabody Award. Tutu’s writings include No Future Without Forgiveness and God Has a Dream. Tutu has collaborated with his daughter, Reverend Mpho A. Tutu, to co-write the book Made for Goodness. Resolute that human beings are made for goodness in the image of God despite routine cruelty, Tutu and his daughter share insights and anecdotes from their ministries and the Archbishop’s global political activism to show how we can realize this essential goodness.

In recent years, Tutu has turned his attention to a different cause: the campaign against HIV/AIDS. The Archbishop has made appearances around the globe to help raise awareness of the disease and its tragic consequences in human lives. Though his vigorous advocacy of social justice once rendered him a controversial figure, today Tutu is regarded as a world leader with a major role to play in reconciliation, and as a guiding moral voice. An icon of hope far beyond the Church and South Africa, he is chairman of The Elders, a nonpartisan group of global statesmen who challenge injustice, stimulate dialogue and debate, and help others to create positive change in their societies. His longtime friend Nelson Mandela sums up the Archbishop’s legacy perfectly: “Sometimes strident, often tender, never afraid and seldom without humor.” 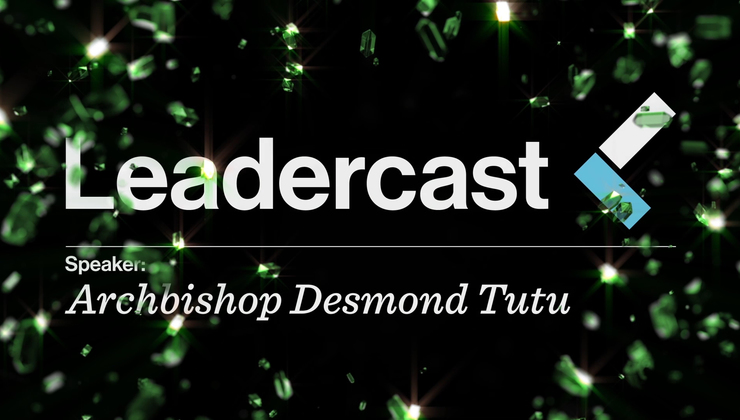